What are Plantation Shutters and Are They Right For You? | Tampa Bay Florida

If you are looking for a simple window treatment that isn't quite the cost of custom drapes by Versaci, then you may want to consider plantation shutters. This style fits very comfortably with most homes found in the Tampa Bay area.

A plantation shutter is a form of window treatment that originated by the Spanish settlers upon their arrival. It was, and quite frankly still is growing, the fashion for these large "plantation homes" to accept a lot of natural light into the interior space. This effect, combined with home baked pie on the window sill, has helped to create the "old fashion southern image" that most of us love and adore. 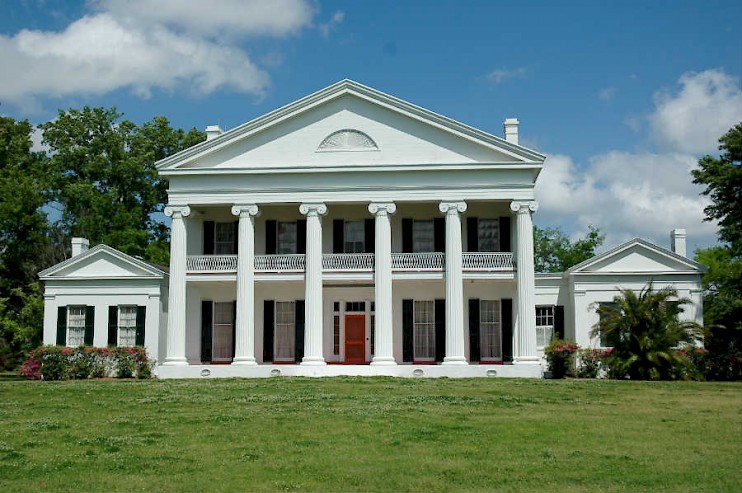 Image of Madewood Plantation by Michael McCarthy via flickr.

A plantation shutter separates itself from a traditional shutter because of their louvers.

each of a set of angled slats or flat strips fixed or hung at regular intervals in a door, shutter, or screen to allow air or light to pass through.

The traditional shutters generally have had far more narrow louver sizes then the plantation shutter, in effect, letting less light into the home. Traditional shutters have been found more commonly in the northern states throughout history.

Beyond the prior bit of history, the lines have been blurring between the two. The common trend worldwide is to let more natural light into your house, thus using a larger louver size. Not only that, but there are now hybrid plantation shutter models, to help to exact the ambiance that you are attempting to create within your home. Our louver sizes now vary with 2 1/2', 3 1/2', 4 1/2' increments. 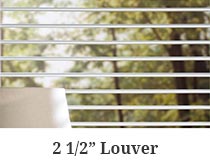 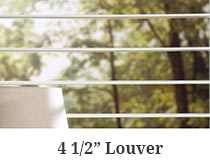 There are a few more distinctions within the title of "Plantation Shutters." The shutters themselves may break out and fold in, similar to a linen closet, and as seen below. 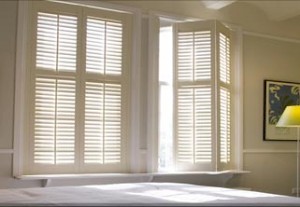 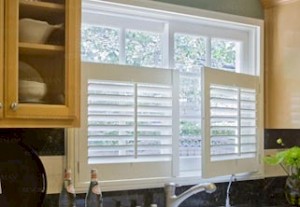 Also highlighted in the picture on the right, the shutter can be locked in; most small windows such as the kitchen will have this style, and some open out but do not break away. It all depends on your style.

Who knew shutters could be this in depth?! We have just barely scratched the surface.

How many dividers will there be in between louver sections? This is essential depending on the room of your home. One example of why you want to have a divider rail in between the top and the bottom section of your shutters is for privacy in your bathroom tub while still having some natural lighting come through.

There are advantages and disadvantages of shutters, as well as entirely more options in general. There are also different forms of window covers such as blinds, shades, and motorized versions available to suit.

If you are in the Tampa Bay Area and would like a professional consultation in which we can go over everything previously stated and much more, please feel free to give us a call set one up immediately. Just click the following link through to our site, Florida Shutters and Blinds!