A History of Plantation Shutters and Other Window Treatments | Tampa Bay Florida.

Although it’s the big stuff, like a kitchen remodeling, a new home entertainment center, or an awesome patio set up, that can really get you excited to be alive and improving your quality of existence; It’s the little touches, the ones that we often overlook, yet are still so crucial to our existence that usually come with a unique backstory about what has cemented them into history.

Imagine staring out your window one relaxing Sunday morning. As the birds are bouncing from tree to tree, singing songs of sweet freedom, a cloud passes over. In that moment things cool down and s breeze gusts through your window sending a chill through you that’s worth the whole work week. As time seems to slow, the cloud then passes and the sun, in all of its glory, radiates directly through your window and unto you.

It's in that moment, in beautiful Tampa Bay, Florida, that you realize things can get really hot. Not only that, but whoever came up with the idea for window treatments is on par with the inventor of the toilet. Ahh, that might be a stretch but, boy, are blinds and shades important in a sunny climate.

So how did the idea of shutters and blinds come to be? Of course like with most historical data, it’s not entirely accurate and largely up for debate. If we can suspend disbelief for a few moments, these stories will find their way into any random wine induced conversations that you have with people over. Sometimes, the truth makes for a borrowing story anyway. With that being said, and a grain of salt, let's get into the history of shutters and blinds!

Like most of modern technology, shutters and blinds can be traced back, somehow, to ancient Egypt, where it is said that they manufactured these window coverings using reeds laid over mats to cover the windows. Reeds are still used to this day, proving their durability throughout the ages.

There is a tale, told once a long time ago, that the Egyptian people gained inspiration for their blinds from the old desert civilizations who used to wet cloth and cover their windows in order to act as a makeshift AC unit for the home. I don’t know what I would do if I would have to wet cloths and put them on my window every hour to keep cool. Our ancestors deserve some respect for doing a lot of the heavy lifting.

Along with ancient Egypt, another ancient dynastic giant seemed to have evolved their own form of blinds throughout history, before influencing the western world as we know it. The ancient Chinese cultures developed blinds that were manufactured with bamboo, which is well known for its strength and abundance. In fact, bamboo blinds are thriving still to this day and can be seen in many eastern style homes across six continents (nothing is going on in Antarctica).

In keeping with ancient powerhouse civilizations, it’s only right to get into ancient Greece and Rome. It is said that the ancient Greeks used marble for their shutters. What a difficult task that must have been, but seeing as this is the same civilization that created monuments like the Parthenon, I guess it's believable. As they passed through Roman culture, the Roman shades were created with rich fabrics and overlapping slats. Many modern Mediterranean styles draw from this Roman aesthetic all throughout Europe. 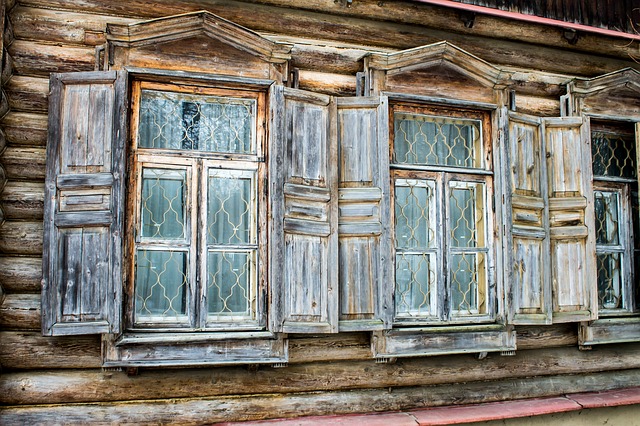 Have your grain of salt ready to take with this story. It is said that after Louis XIV moved his Court out of Louvre to Versailles in the 17th Century, modern shutters were born. You see, Louis had made a hobby out of googling over the many females that would bath in the various ponds he had adorning his garden area. But these same beauties would distract the guards from doing their duties as well. Thus the “Louvered Shutters” were birthed and placed around the garden so that Louis XIV could still peep through to watch the girls while keeping his guards decidedly less distracted.

The Venetian blind, also known as the horizontal blind, was first patented by Edward Bevan, in London, England. Get this, all you St. Petersburg, Florida residents, the first recorded shade installation was in St. Peter’s Church in Rome in 1761, 8 years before Bevan patented the Venetian Blind. The first shutters and blinds around these times were made of heavy boards that were either bolted in or barred up.

These shutters were very salon like in nature, as most of the time two would be installed and swung open and shut at the owner's discretion. At that point, shutters began to vary and proliferate with the new emerging styles of the times. This is when we begin to see recorded shutters that split so that air could come through the top while you could keep your privacy by keeping the bottom closed. 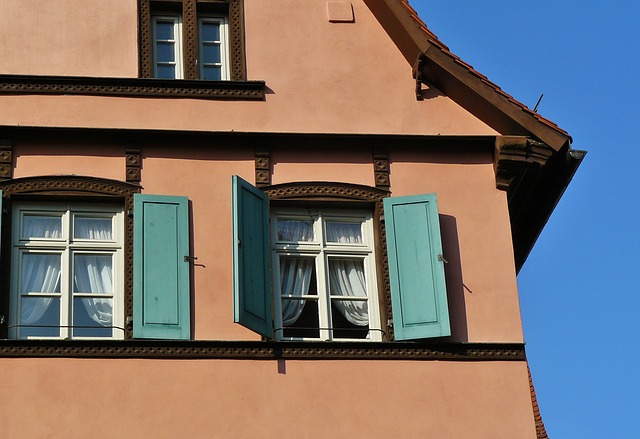 Interior shutters began to make a rise from that point up until much of the twentieth century. These new interior shutters were far more convenient than the stained glass coverings being used during the time. The fashion then began to change more as interior shutters were installed closer into the thicker concaves that masonry homes were providing. It wasn’t until the twentieth century that wooden louvered shutters became antiquated due to the Industrial Revolution and with it, the introduction of cheaper metal treatments, which brings us up to this point.

If you would like to learn more about the progression of plantation shutters, click through here to our article on the topic.

If you aren’t the historical buff and have learned enough already about this stuff, check out our article on modern window treatments that we provide today through our Company, Florida Shutters and Blinds. We service the St. Petersburg, Tampa, Clearwater area, so feel free to give us a call at (727) 228-3999 for a free consultation or schedule an appointment with us through our contact us page here!